Today was a hard day.

It started with getting woken up by a pack of dogs.

Yup, they wouldn’t leave me alone or let me sleep. Some sadistic person had gotten up at the ungodly hour of 8am and taken their five dogs—or their neighbor’s and their friend’s, and their mailman’s dogs—on a walk, right by where I was sleeping, all of them off leash.

So I got up a bit earlier than my usual. Hey, “Early to bed, early to rise, keeps a man healthy, wealthy, and wise,” said somebody, maybe Benjamin Franklin?

Anyway, I was none too happy to break camp so early, but eventually the dogs left and I was on my way.

Enter problema numero dos: I had no water. I had accidentally kicked over my precious pot of hot cocoa last night, which meant I had to use up all of my water reserves to save the day—I mean night.

Thankfully, my trek started with a lot of downhill, and it looked like there were several water sources on the way down.

Then I ran into a couple who had just finished taking their beautiful yellow lab, Jimmy, for a walk. Jimmy was the best-trained dog I had ever seen. Translation: unlike my dog, when you threw a ball for Jimmy, he would bring it back and place it directly into your hand. This is fetch heaven as far as I’m concerned, and I am dead set on training my dog to do the same as soon as I’m back home.

Anyway, these wonderful folks did have half a bottle of water which they shared with me. I didn’t think much of it, but that half a bottle would get me through the next four hours of walking in the sun. I didn’t find water until the town of Montgomery about six miles away.

Much of today’s walk was in the blazing sun. Not St Louis blazing sun, where you can fry eggs on the driveway, but still quite warm. Add to that some of the steepest inclines I’ve ever hiked, and I was, as they say here, knackered.

Towards the end of the day, I was walking down a hill so steep I could barely keep my balance… when everything changed and I found heaven.

First of all there was the giant puffball. If you know your mushrooms, you know that the giant puffball is prized for its deliciousness  above all others, with maybe the exception of the morel. Slice the puffball into half inch patties, and it tastes heavenly. Someone had left a rather large part of a puffball by the gate at the bottom of the valley I had just entered. An inveterate forager, I carefully scooped it up to use for my dinner.

Then there was the graveyard which I spied between the trees on my left. A graveyard meant a church, and a church meant the possibility of a place to sit.

I entered the graveyard, and sure enough there was a nice bench for sitting on, which I did. Then I thought, “maybe the church is open.” Most churches aren’t here, though they sometimes are during the day. But it was already 7pm or so.

Anyway, I approached the beautiful little stone church, tried the door, and it opened. Inside was about 10 degrees cooler than outside. Not only that, the whole interior smelled like flowers (someone had put some fresh violets inside) and the sunlight was streaming through the very beautiful stained glass windows of the church.

I stopped and prayed, and read all of the quirky little bits of history about the church, like how the stone (which is still there) in front of the podium used to be used as a measure for bags of wheat, and how Freddy the Red Welsh Setter was too shy this year to participate with the other animals in the blessing of the pets.

It was the kind of cozy church that made you just want to stay and wander around and pray and sit, and even sing.

When I finally did head outside, I heard the sound of water. The streams in the last two valleys I had passed through were all dried up, so I had just assumed that this one would be too. But not at all. It was still flowing, and with a little help from my water purifier, I had as much delicious cool water as I could have ever wanted.

Later this evening I made my dinner. I only had a bit of olive oil, which you need to cook the giant puffball. But I was able to fry maybe 12 little slices. I added a little salt, and honestly, I think I had the best meal in the whole world at that point. You can’t cultivate puffballs. They just seem to spontaneously grow in totally random places. You have to be lucky enough to stumble across one.

They taste like… kind of like… well, the taste depends on how you season it. It’s more the texture that’s magical. It’s kind of like the finest mozzarella di Bufala that you can get in Italy, if you’ve ever had that. But not quite. It’s much smoother. It’s more like a marshmallow texture, but much softer and without being sticky. It melts in your mouth faster than chocolate or marshmallow, almost like a bit of hot buttered pancake covered in syrup. Really, you must try some.

Who ever said getting woken up by a pack of dogs was that bad after all? 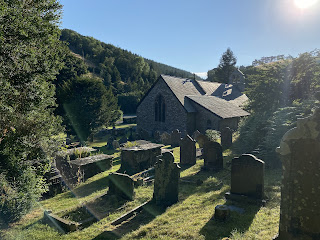 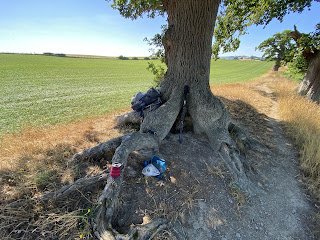 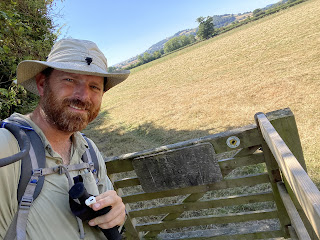 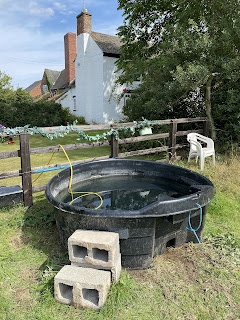 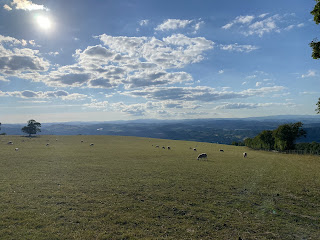 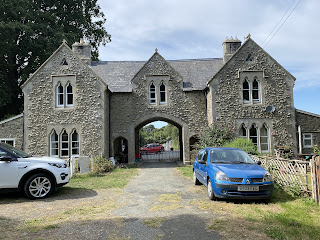 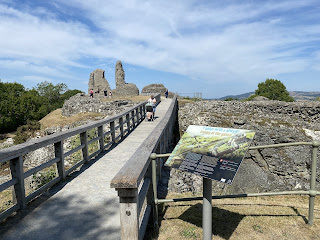 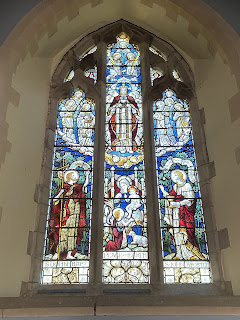 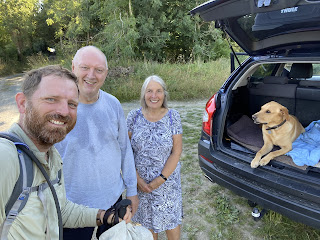 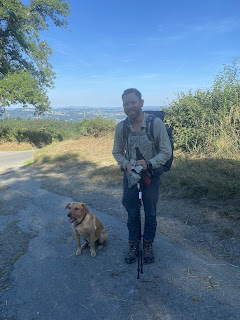 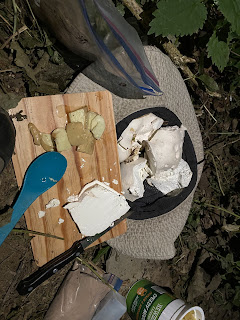 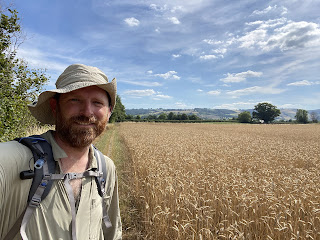 Posted by Kevin McKenzie at 4:55 AM