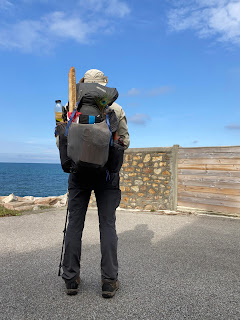 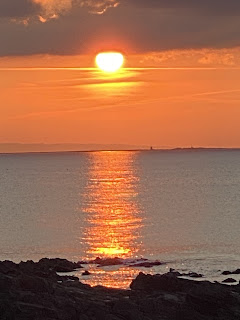 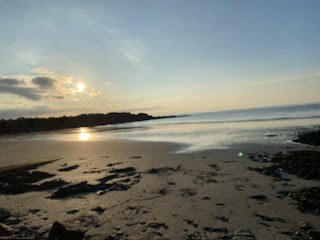 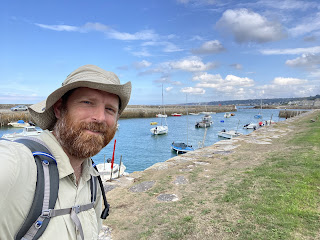 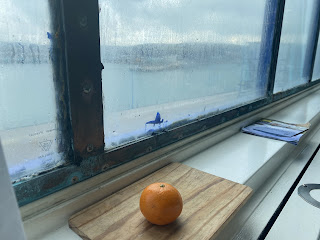 Today I crossed the English Channel, and set foot in France. Hallelujah!

The last time I came to France was ten years ago, and I was visiting my great aunt, a Visitation Nun in Annecy in Southeastern France. She has passed away since then, God rest her soul!

June, the wonderful lady who put me up at her Bed and Breakfast in southern England, had offered to drive me straight to the coast for my ferry. Part of me wanted to take her up on her offer, but I also wanted to see the rest of England. So I walked it.

I’ve walked across all of Wales and down across England.

Walking like this, you see the scenery change little by very little. Plants, birds, wildflowers, trees—many stay the same, but others you only find in certain places, and others start to appear or disappear entirely as you head east and south.

Accents change too. There were some very thick accents in Wales, so thick I really had to strain to understand them. Then I made it all the way to southern England, where the accent was much more gentle. I loved all the accents!

Buildings changed too. In Wales, it seemed like most of the houses were made of brick and roofed with beautiful Welsh slate. By the time I had made it to the southern coast of Dorset, where I took my ferry from, many of the houses sported beautiful thatched roofs.

Even the stone under my feet changed, from sandy Anglesey Island to the gray slate of the mainland of Wales, to sandstone around the Bristol Channel, to shiny flint in Dorset.

The hospitality of the people remained unchanged. They were ever gracious and kind, and I had no trouble with anyone, and nothing stolen. Many British people left boxes in front of their houses with their extra produce—squash, Lima beans, and countless apples—free for the taking. Almost every town had transformed their red telephone booth into a lending library, so I never wanted for a good book to read.

After six months of walking, I even was able to switch my mind from walking on the right side of the road, to walking on the left side. Well done, Kevin! Now you have to make the switch back so you don’t get run over in France.

I certainly am looking forward to the food in France. There was a little bakery in one of the towns I passed through today, and the bread and pastries I bought were to die for. Their grocery store was amazing too. I’m really looking forward to eating my way through France. (While still keeping that frugal pilgrim spirit of course!)

My ferry landed me in Cherbourg, the northern tip of Normandy. I’ll be walking east along the coast of Normandy for the next week or so, along the D-Day beaches. I intend to visit all of them. My two grandfathers fought in the war: one of them was bombing U-boats off the coast of Brazil, while the other was island-hopping in the Pacific. That said, I’ve always wanted to visit these places of such tremendous heroism and sacrifice, so that I won’t take my freedom for granted. I can walk through all these countries because so many made the ultimate sacrifice. I’m so grateful.

After that I intend to walk through Lisieux, where one of my favorite saints, Therese of Lisieux is from. Then I’ll continue on east, keeping south of Paris before linking up with an ancient pilgrim route, the Via Francigena, in eastern France.

From the bottom of my heart, thank you Wales and England for such a wonderful, blest time! Cheers!

Ps: check out the upgrade to my backpack

Posted by Kevin McKenzie at 2:18 PM